Another reason, one more emotional and probably never verbalized, may have been the perception of "family" that sooner or later embraces almost every person who comes into contact with the Gulfstream program. They all do become a family of sorts; everyone seems to know or know of everyone else; and they have real or imagined bonds that appear to run deep because of their real or imagined involvement with Gulfstream airplanes. Because of that condition, Gulfstreamer became something more than a mere sales promotion or public relations device. It also became the family correspondent, picture-taker and historian.

Finally, what also helped make Gulfstreamer so viable, and certainly contributes to it's longevity, is the fact that a lot has been happening to the Gulfstream program and the family in the past decades. Below are the front covers of some early Gulfstreamer magazines. 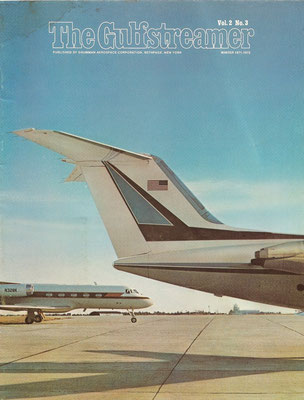 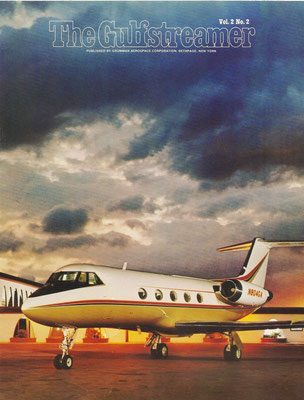 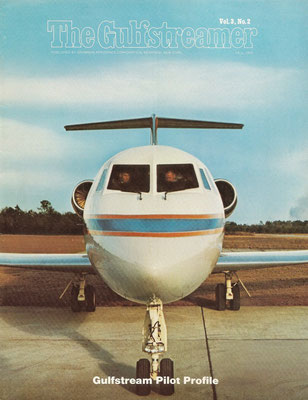 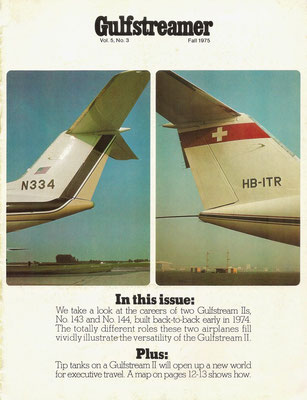 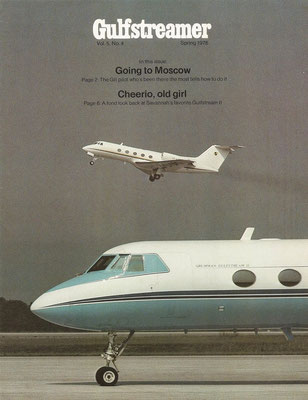 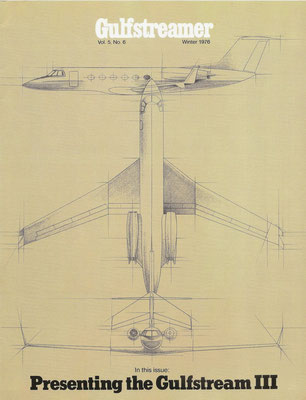 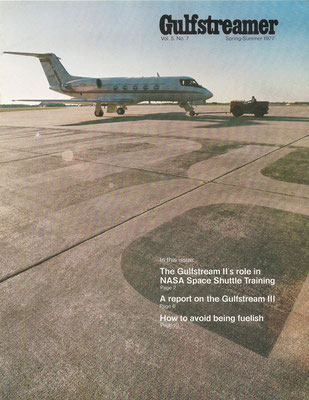 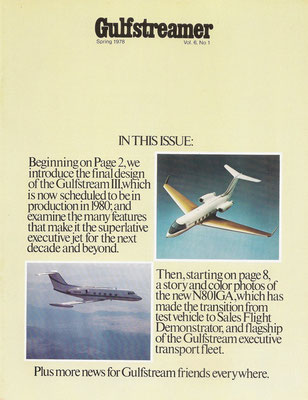 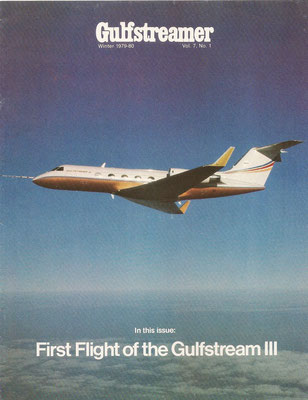 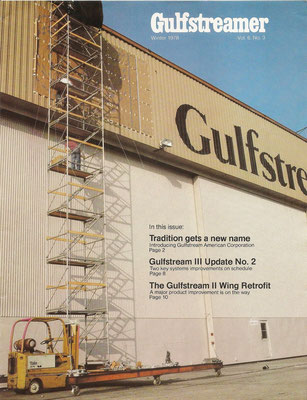 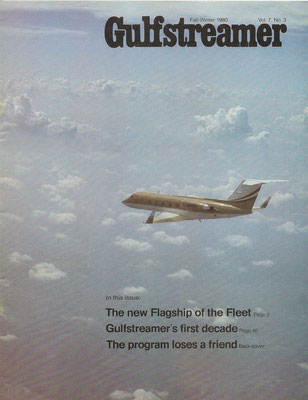 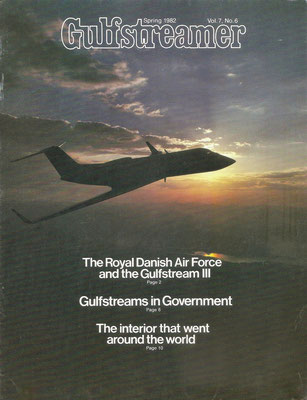